collaboration is the key to your health 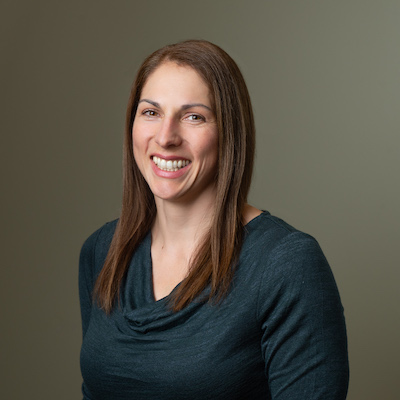 When not chasing around after her 6-year old daughter and 4-year old son, she can be found on the slopes of Mount Washington, the mountain bike trails of Cumberland or the warm waters of the Salish Sea 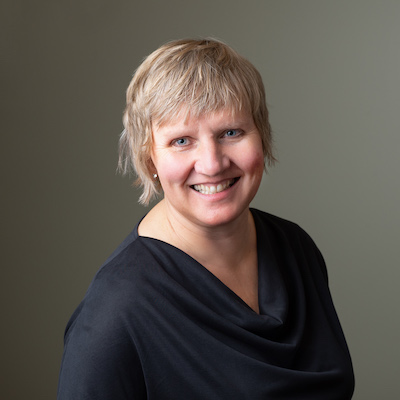 Dr. Liza Grant graduated with honours from Canadian Memorial Chiropractic College in 1990. She completed her Fellowship from the Royal College of Chiropractic Sports Sciences in 1997. Dr. Liza has had the opportunity to be on the VANOC Host Medical team in Whistler for the 2010 Winter Olympics. She has volunteered at many regional, provincial and national sporting events. Dr. Liza is fully Certified in Graston and Active Release Techniques. Learning new techniques and tools to help her patients return to an active pain-free life has always been her driving force. 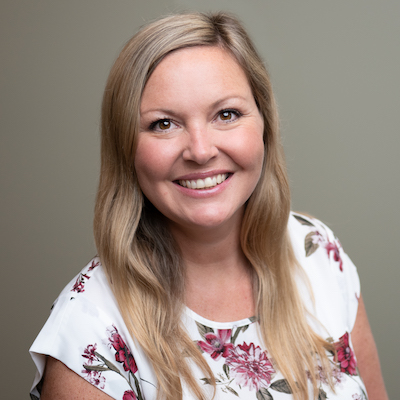 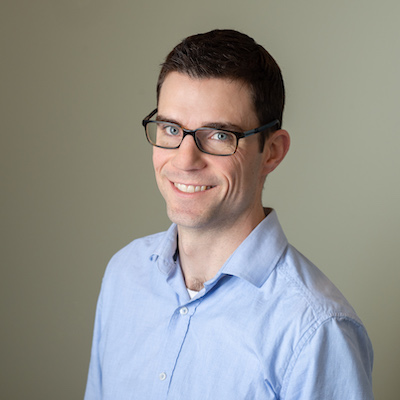 Peter completed his acupuncture training in Edmonton, Alberta, after obtaining his Bachelor of Science in Biology at Western University. Peter has a keen interest in Integral Theory, which combines Eastern traditions with Western science. He takes a modern approach to an ancient medicine, using the best of both worlds to find the most efficient path of recovery for his patients. Experience has taught him to find the balance between effective treatments and using a gentle technique, depending on the needs of the patient. Those who are new to acupuncture are always happy to discover that the experience is better than they expected. 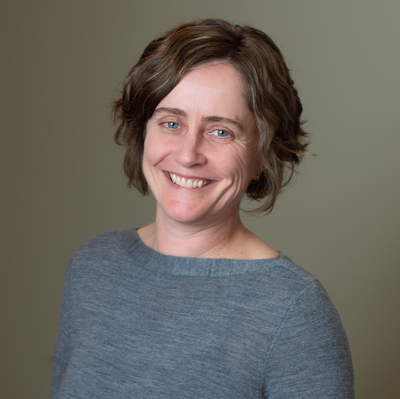 Barbara Cook graduated from the International College of Traditional Chinese Medicine of Vancouver’s Doctorate Program in 2004.  She also has a degree in kinesiology ( 1997) and a post-graduate diploma in orthotics and prosthetics (2000). Barbara’s further training has focused on sports medicine, hormone health, and fertility.

Barbara’s passions revolve around fitness and the outdoors: mountain biking, kayaking, and yoga are a central focus. 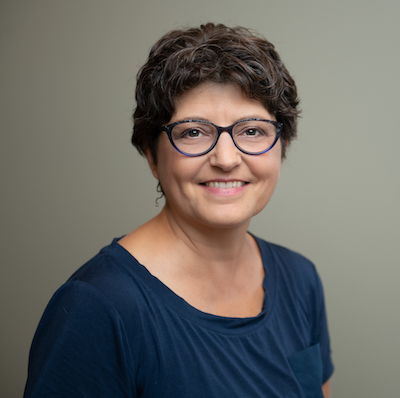 Denise Koroll is a Registered Massage Therapist who graduated from the West Coast College of Massage Therapy in 1997 and has over 20 years of clinical practice. She has completed post graduate courses in osteopathic manual technique, craniosacral therapy, visceral manipulation, myofascial release, and is also trained in movement and postural assessment. 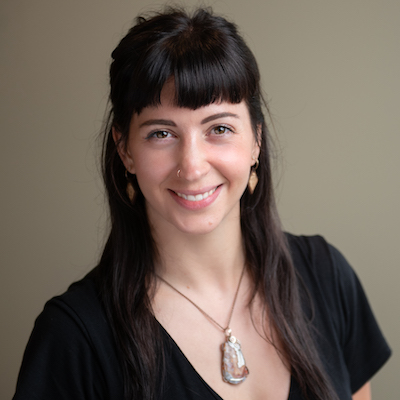 Alex is an RMT that possesses particular skill in deep tissue massage and fascial work, postural assessment and rehabilitation. She has specific experience working with sports-related injuries, prenatal massage, and reducing the severity of migraines.

Having grown up in the Comox Valley, Alex herself enjoys a wide variety of high impact sports and understands the effects that these activities have on the body. As such, she is bringing her enthusiasm and love for the outdoors to The Grove. This enthusiasm is the driving force behind her dedication to the wellness of her clients, assisting them in returning to and maintaining their active lifestyles. 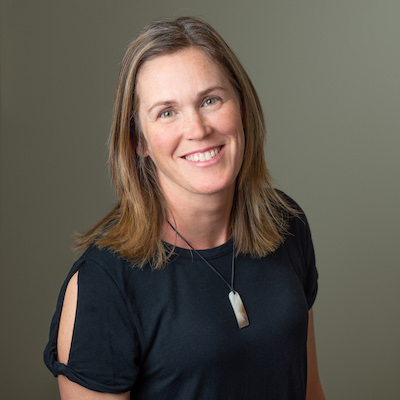 Dr. Alicia Steele saw a chiropractor for the first time in high school after a bad hurdling injury. Since then, she has wanted to become a chiropractor herself. She achieved her goal in May 1999 when she graduated from CMCC. After working for several years in Australia and Ontario, Dr. Steele moved to Vancouver in 2004 and purchased a clinic in Kitsilano. Having run a large clinic for several years, and after having twin girls in 2008, Dr. Steele decided that she wanted to practice in a smaller clinic and live in a smaller community. After considering a few options, Dr. Steele and her husband decided on the Comox Valley and made the move in April 2011. They could not be more excited to join this natural living, vibrant community. 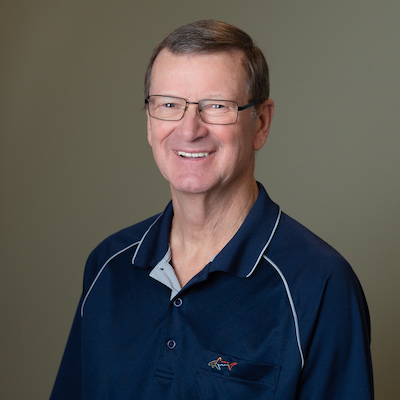 I was born in the Comox Valley and following graduation I went to school in Toronto receiving my Doctorate of Chiropractic. I then returned to Courtenay to open a family practice 47 years ago, My techniques are diversified and IQ Neuro-mechanical and my patients are newborns to 96. I enjoy the outdoors, spending time with my family and service to my community through my Rotary Club of Comox. 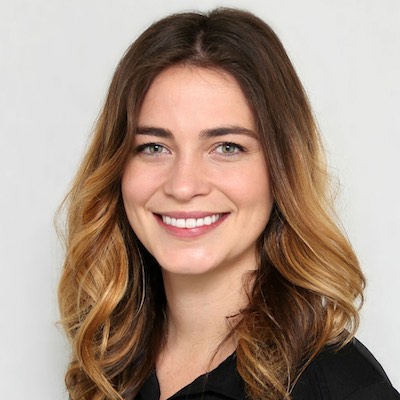 Dr. Chelsea Forbes earned her Bachelor of Science from the University of British Columbia in 2014, concentrating on Chemistry and Biology. Upon graduation, she then headed south of the border to the University of Western States in Portland, OR. Dr. Forbes there received her Doctorate in Chiropractic in 2017 and returned to her hometown of Chilliwack, BC to begin working as a Chiropractor in 2018.

Dr. Forbes is extremely excited to become a resident of the beautiful Comox Valley. While not in the clinic you will find Dr. Forbes stealing your powder on the first run at the mountain, exploring new trails with her 2 adventurous dogs or enjoying charcuterie with the sunset at the beach. 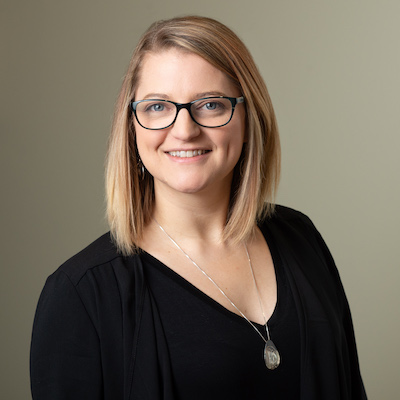 Dr. Andrea Rayburn, Naturopathic Physician was born and raised on Vancouver Island.  She received her Bachelor of Science degree from Thompson Rivers University, followed in 2011 by her Doctor of Naturopathic Medicine from the Canadian College of Naturopathic Medicine in Toronto. During her 12-month internship, Dr. Rayburn participated on the Adjunctive Cancer Care shift, as well as at the LAMP Community Health Centre, offering free care to low income populations.

After returning to Vancouver Island, Dr. Rayburn completed further certifications in Prescribing Authority as well as Intravenous Therapies. Dr. Rayburn has been practicing in the Comox Valley since 2012 continuing her focus on advanced disease. 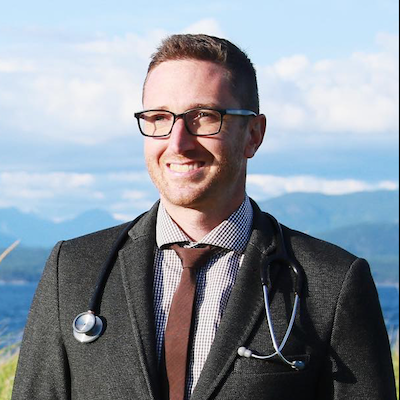 Dr. Graham Sigalet, ND was born and raised in the Okanagan Valley.  Graham moved to Vancouver Island for an athletic scholarship with the men’s volleyball team at Vancouver Island University.

He completed his degree in Sport, Health and Physical Education with Distinction. In his final year at VIU, Graham was recognized with the award for top academic athlete at VIU. After completion of his undergraduate degree at VIU, Graham transferred to the University of British Columbia in order finish his athletic career as a UBC Thunderbird. 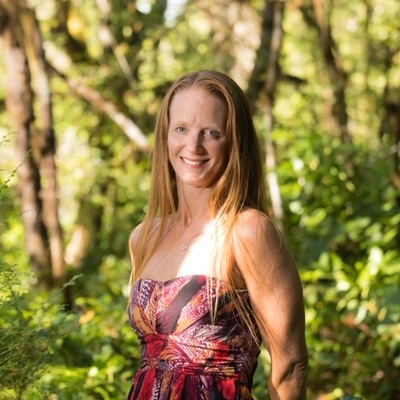 Odette is an experienced physiotherapist, having obtained a BSc (honours) from Queen’s University in 1997.  She has worked in various settings including sports medicine, orthopaedics, industrial rehabilitation and ergonomics, seniors, repetitive strain, and acute and post-operative hospital care.  Her tools include manual therapy, postural and muscle balance assessment,  IMS, and acupuncture, among others.  She will be honoured to help you meet your movement, recovery, performance, and prevention goals.

Odette grew up on Saltspring Island, lived in Calgary for years, and moved to the valley in 2011.  She and her two teenage children are involved with the Strathcona Nordics ski club and numerous other activities and love this amazing valley and community. Odette’s practices of Iyengar yoga, somatics, eden energy medicine, and Pilates inform her practice. 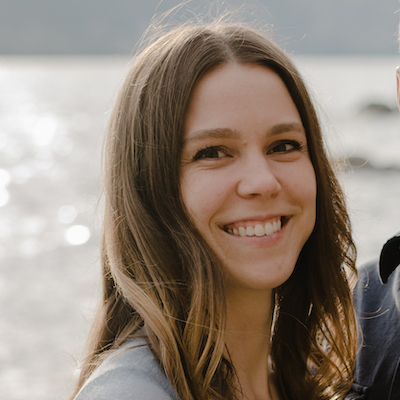 Marita completed her degree in Sociology at the University of British Columbia with an interest in understanding how structural inequality impacts health and wellbeing. She spent the next two years exploring the world of birth, labour, and postpartum care, before discovering the vast and exciting world of massage therapy.

Marita is dedicated to a client-centered approach; she will customize your massage to address what is most important to you, working to optimize your physical and psychological well-being. Her interests lie in building a practice that is trauma-informed, and she looks forward to accompanying you on your path toward wellness. 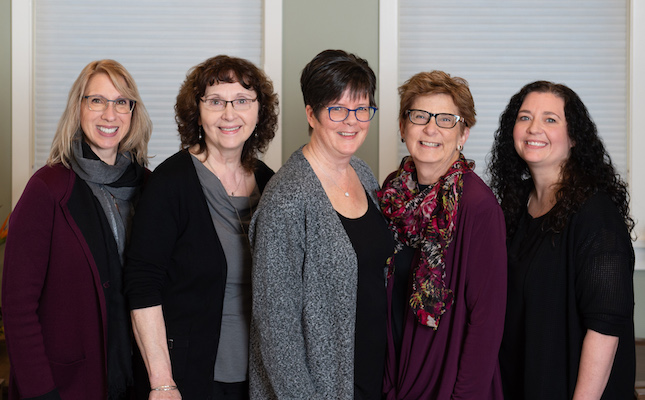 And a big shout-out to the team that makes this all possible! From left to right: Cathy Brydon, Jan Grieve, Sandy Franceschini, Shelley Mercer-Cutts and Selina Gronemeyer.